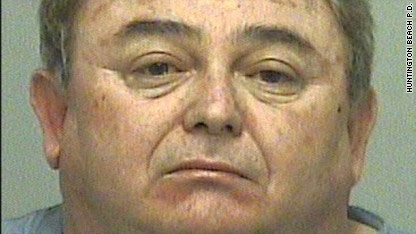 Eight current and former Bell, California, city officials were arrested Tuesday in connection with a probe conducted by the Los Angeles County district attorney, a source close to the investigation told CNN.

Last week, California Attorney General Edmund G. Brown sued eight current and former officials "to recover the excess salaries" that Bell officials were being paid. He also was pursuing a reduction of their pension benefits.

"This is a very serious matter when public officials breach their duty to the public and enrich themselves with enormous, obscene salaries which then trigger pensions of similar magnitude," Brown said.

Named in the suit were Rizzo, Adams, Spaccia, council members Oscar Hernandez, Teresa Jacobo and George Mirabel and former council members Victor Bello and George Cole. The suit accuses them of fraud, civil conspiracy, waste of public funds and breach of fiduciary duty. It also alleges they deliberately misled citizens about the accurate amount of their pay.

Brown's suit demanded that they return all excessive compensation and asked the court to set "appropriate salary levels for pension purposes."

Since 1993, the council raised Rizzo's salary 16 times, with an average jump of 14 percent yearly, the attorney general said. In 2005, he received an increase of 47 percent. Since 2001, City Council members also awarded themselves 16-percent raises yearly.

Rizzo's attorney, Jim Spertus, said last week he was not surprised by the lawsuit or the actions of Brown, who is running for governor. Rizzo's salary, he said, was approved by the City Council. "There's nothing wrong there."

He said Rizzo would have retired before, but the city wanted him to stay on, and he was paid through negotiations similar to those taking place in private companies.

"It's a misguided effort to assign blame in the wrong place," Spertus said. "Mr. Rizzo is not at fault for the problems of Bell."

Brown, who said his suit was separate from a criminal probe, said he plans to expand a statewide investigation of public salaries and benefits, and he called for legislative reform. He said he was serving a subpoena on the city of Vernon, which is near Bell, "to obtain compensation records for city officials and employees."

News articles have reported one Vernon city official received an annual salary of $785,000, and another received a total of $1.6 million in compensation in a single year, according to Brown. Vernon has a population of less than 100 people.

California State Controller John Chiang said last month that property owners in Bell paid an estimated $3 million in extra taxes over the past three years. Bell passed an "illegal resolution in 2007 that resulted in a 50 percent increase in the tax rate over the course of three years," according to the governor's office.

Chiang said Bell began raising property tax rates in 2007 to pay for pension obligations, even though state law caps those taxes at the rate used in fiscal year 1983-84. The lower rates would deliver, for example, an estimated $250 in annual savings on a property worth $275,000.

The new law requires the city to send the money to Los Angeles County by December 31 so the county can begin issuing tax refunds to homeowners.