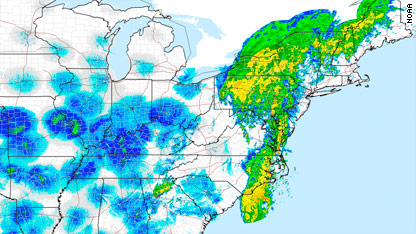 This radar image shows remnants of what was Tropical Storm Nicole, combined with another system, hitting North Carolina.

Currently, 20.43 inches of rain have been recorded in Wilmington, North Carolina this month, making it the 2nd wettest September on record in Wilmington. The old record of 23.41 inches set in September of 1999 is in jeopardy.

Here are some selected storm total rainfall in inches for cities in North Carolina from 8:00 a.m. Tuesday, Sempteber 28 through 9:00 a.m. Thursday, September 30:

British pop star Harry Styles has canceled his performance in Copenhagen after a shooting took place at a mall closâ€twitter.com/i/web/status/1â€¦W4
cnni

British pop star Harry Styles has canceled his performance in Copenhagen after a shooting took place at a mall closâ€twitter.com/i/web/status/1â€¦W4
cnni