Longtime NFL player Claude Humphrey, a member of the Pro Football Hall of Fame, has died at age 77ātwitter.com/i/web/status/1ā¦Yr

A man jumped out of a Southwest flight while it was taxiing at Phoenix's airport, the airline says. Fire officialsātwitter.com/i/web/status/1ā¦qg

CNN fires Chris Cuomo, "effective immediately," after a review of how he aided his brother who was accused of sexuaātwitter.com/i/web/status/1ā¦yK

Goldman Sachs cut its outlook for US economic growth for next year, citing risks and uncertainty around the Omicronātwitter.com/i/web/status/1ā¦6I

The Michigan school shooting suspect and his parents are in the same jail and are each individually in isolation, tātwitter.com/i/web/status/1ā¦f2

Prices for the cryptocurrency dropped to a low of about $43,000. Correction: A previous version of this story misstātwitter.com/i/web/status/1ā¦vR

No charges for Amy Bishop in 1993 mail bomb probe 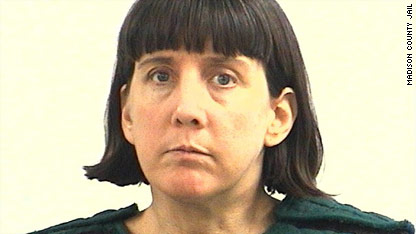 Amy Bishop is accused of shooting three colleagues at the University of Alabama.

An investigation into a mail bomb sent in 1993 to a Harvard professor has been closed, Massachusetts' top federal prosecutor said Thursday, following a review of the case prompted earlier this year by the arrest of former professor Amy Bishop.

Bishop faces capital murder and attempted murder charges in the shooting of six colleagues, three of whom died, during a staff meeting at the University of AlabamaĀ in Huntsville on February 12.

Her arrest prompted several law enforcement agencies and media outlets to take a closer look at her past brushes with the law,Ā among them herĀ suspected involvement in the attempted mail bombing of a Harvard Medical School professor in 1993, according to The Boston Globe.

At the time, Bishop was working as a postdoctoral fellow in the hospital's human biochemistry lab. She and her husband, Jim Anderson, were questioned after a package containing two pipe bombs was sent to the Newton, Massachusetts, home of Dr. Paul Rosenberg, the Globe said, citing a law enforcement official.

The U.S. Attorney's Office in Massachusetts undertook "an appropriate and thorough investigation," to determine the source of the incendiary device, U.S. Attorney Carmen Ortiz said inĀ a statement Thursday.

Despite those efforts there was insufficient evidence to bring charges, Ortiz said. The matter has been closed and the office does not intend to reopen it.

This year's shootings also prompted a Massachusetts judge to open an inquest into the 1986 shooting death ofĀ  Bishop's brother, Seth, which was ruled an accident. The inquest resulted in a grand jury indictment in June against Bishop on a first-degree murder charge.

The death of a Sri Lankan woman who was detained after overstaying her visa has made headlines in Japan and fueledātwitter.com/i/web/status/1ā¦md
cnni

3:44 am ET December 5, 2021 RETWEET
Calling all filthy animals: Airbnb is renting the iconic "Home Alone" house for one night only this monthātwitter.com/i/web/status/1ā¦FY
cnni

3:01 am ET December 5, 2021 RETWEET
āI promise you itāll go away if you just keep at it, OK?ā US President Biden offered some words of encouragemetwitter.com/i/web/status/1ā¦BZeEn6Cb
cnni

2:01 am ET December 5, 2021 RETWEET
Shelby Hoefling surprised her 96-year-old grandma, Patricia, with a trip to New York City and tickets to see the Roātwitter.com/i/web/status/1ā¦vo
cnni