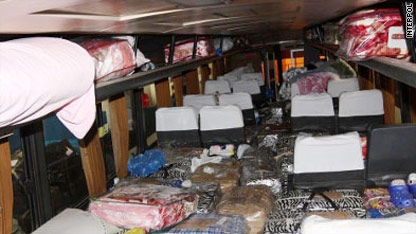 “INTERPOL will continue to work with all of our member countries to target and dismantle the organized crime gangs behind counterfeits and fakes which not only pose a significant threat to the health and safety of consumers, but also effects national economies which during these times of global financial crisis can have even more serious consequences,” said Roberto Manriquez, project manager for Operation Jupiter, which was launched in 2005 by Interpol’s Intellectual Property Rights program. This was the fifth series of raids conducted under Operation Jupiter.

“This on going project once again proved the effectiveness of law enforcement cooperation in combating transnational crime,” said Allen Bruford, deputy director of compliance and facilitation for the World Customs Organization, which assisted in the operation.