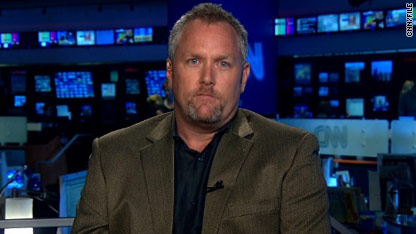 But now, Breitbart is rebuking the man once regarded as his "protege" for the now-infamous "boating incident" targeting CNN correspondent Abbie Boudreau. Hidden cameras were supposed to capture O'Keefe attempting to seduce her, but the plot fizzled when an assistant to O'Keefe told Boudreau and she refused to board the boat.

Breitbart, who appears in CNN's upcoming documentary about the young conservative activist movement, "Right on the Edge," provided CNN with this comment regarding O'Keefe's attempt to lure Boudreau onto a floating "palace of pleasure."

"I proudly stood behind James O'Keefe on his groundbreaking ACORN investigation. I also defended him when the media, including CNN - during a previous regime, "the Rick Sanchez era" -  falsely reported the Sen. Mary Landrieu story as a "wiretapping" plot gone wrong.