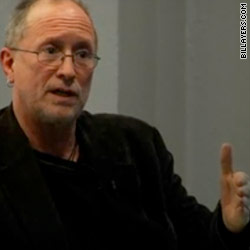 During the Vietnam War era, William Ayers co-founded a group responsible for bombing U.S. government buildings. By 1987, he was an education professor at the University of Illinois at Chicago, where he went on to work with a young politician named Barack Obama on public school reform.

Thursday night, the Chicago Tribune reported, Ayers was denied emeritus status by the UIC board of directors, an honorific title that is rarely denied to tenured professors. Leading the board’s unanimous decision was Christopher Kennedy, the UIC board chairman and the son of the late Robert F. Kennedy.

In 1974, Ayers co-authored "Prairie Fire," a book he dedicated to numerous "political prisoners," including RFK assassin Sirhan Sirhan. Last week, in an emotional statement before the board, Kennedy said he could not give the title to "a man whose body of work includes a book dedicated in part to the man who murdered my father."

Washington Redskins quarterback Donovan McNabb will return to Philadelphia this weekend, where he’ll face the Eagles, a team he led for 11 years, and Michael Vick, a quarterback he has mentored since Vick was in college.

In 2009, McNabb urged the Eagles to hire Vick, USA Today reported this week. Vick, who was just coming off an NFL suspension, had just been released from a federal prison, where he served time for felonies related to dogfighting. When Vick arrived in Philadelphia, McNabb graciously guided the struggling Vick. McNabb again donned poise when the Eagles traded him to Washington this past spring. Overall, McNabb had taken the Eagles to the Super Bowl and landed them five conference championships.

Ike Reese, A former Eagles teammate who is now a sports commentator, told USA Today that Sunday’s game will be a shot at vindication for Vick and McNabb. "Donovan is going to want to win in the worst way to show the Eagles made a mistake," Reese said. "I'm sure a year and a half ago, sitting in Leavenworth, Kansas [federal prison, Vick] probably didn't think he would get to be an NFL starting quarterback again. Both guys will take a moment when they get a chance, more than likely after the game, to say how much they're proud of each other."

At 16, Sean Parker had his computer confiscated and was questioned by the FBI for computer hacking. By 19, he’d helped another geek genius named Shawn Fanning launch a company called Napster. Later that year, he helped launch Plaxo. By 24, he had joined on as the president of a Harvard University start-up called Thefacebook. According a profile in October’s Vanity Fair, Parker, now 30, is one of the world’s great social media geniuses.

He is an enigmatic one at that. Justin Timberlake plays Parker as aggressive and conniving in the film “The Social Network,” which opens today. Yet Parker is far more complex, David Kirkpatrick writes in Vanity Fair. Coding by age 7, Parker is "an autodidact who barely finished high school." Yet he is "almost painfully cerebral," Kirkpatrick wrote.

He’s also incredibly flaky, an associate says in the article – prone to partying all night and often missing meetings. He was ousted from Napster, Plaxo and Facebook for various acts of misbehavior. At the same time, he is known for being generous and kind, funding friends’ ventures just because he can. This goodwill — and his brilliance – sustain him, friends told Vanity Fair.

"The fact that Sean is so scattered yet so brilliant is something you just don’t see often," tech investor Ron Conway said. "He’ll probably start another five really significant life-changing companies before he’s through."