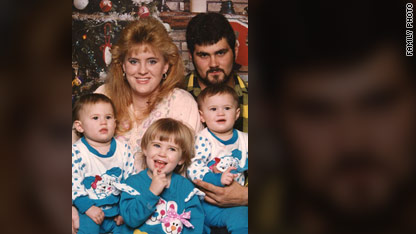 Cameron Todd Willingham's ex-wife says he told her that he killed their daughters.

Did the state of Texas execute an innocent man? His ex-wife doesn't think so.

A judge is set to weigh claims of innocence next week on behalf of Cameron Todd Willingham, who was executed for setting a fire that killed his three daughters in 1991.

State District Judge Charles Baird granted a hearing request from Willingham's mother and sister on whether he was wrongfully convicted using flawed science. The family's petition, filed September 24 in Travis County, also asks the court to examine whether the state  failed to adequately consider potentially exculpatory evidence before putting Willingham to death in 2004.

A two-day hearing on the matter was scheduled to begin Wednesday. It was rescheduled for October 14 after district attorneys in Williamson and Navarro counties asked the judge to recuse himself, CNN affiliate KXAN reported.

Both attorneys accused Baird of having political motivations for granting the hearing, a rare proceeding known as a court of inquiry. They stand behind the conviction, as does Gov. Rick Perry and Willingham's ex-wife, Stacey Kuykendall.

"Todd murdered Amber, Karmon and Kameron. He burnt them. He admitted he burnt them to me, that he was convicted for his crime. That is the closest to justice that my daughters will ever get," Kuykendall said in a statement read to the media outside the Travis County Courthouse in Austin on Wednesday, where the hearing was supposed to take place.

Amber would be 21 years old today and the twins, Karmon and Kameron, would be 19, she said.

"I am here today to stand up one last time on behalf of my daughters," she said. "I think about my girls every day and I miss them."

Kuykendall has publicly stated before that Willingham confessed to setting the fire. Journalist David Grann, who brought the case into the national spotlight with a New Yorker article in 2009, followed up in a blog post on Kuykendall's comments, saying they were inconsistent with previous statements she'd made.

The closely watched case has been the subject of three independent reviews that have concluded the fire should not have been ruled arson. The most recent one, which was ordered by the Texas Forensic Science Commission, ruled in July that investigators used science available to them at the time, even though it was flawed.