Green group sends message by blowing up kids - on film 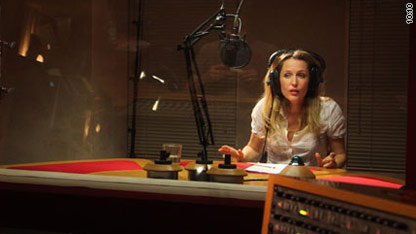 Gillian Anderson before the gore in "No Pressure."

There are ways to get out one's message about saving the planet.

Then there's pretending to blow up schoolchildren.

The British environmental group 10:10 apparently chose both. 10:10 published a short film on its Web site last week that has supremely bombed with a lot of people. The group removed it and apologized.

"No Pressure" depicts climate change naysayers, including schoolkids and famous footballers, getting blown up. Chunks of red fake flesh shoot at the camera. Kapow.

Richard Curtis directed. He is the same person who brought the world "Notting Hill."

The film is so violent - and the violence happens so unexpectedly - that CNN has chosen not to post it here. But it's widely available on the Web and is drawing lots of attention.

P.S. At the end of the film, "The X-Files' " Gillian "Scully" Anderson implodes. It's the least disturbing scene.