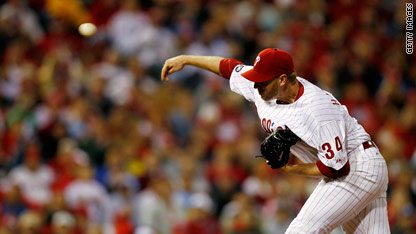 Baseball is a game of statistics, and feats like Roy Halladay's playoff no-hitter Wednesday for the Philadelphia Phillies bring out the trivia geek in fans.

Here are some of the more interesting factoids surrounding Halladay's gem:

Much more on Halladay's no-hitter, and sports in general, is at SI.com.