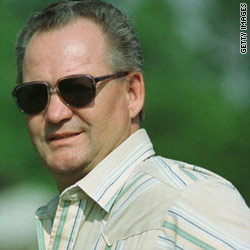 The Hall of Fame race horse jockey best known for winning the U.S. Triple Crown in 1973 is enjoying a resurgence with the release of the Disney film “Secretariat.” He returned to Lexington, Kentucky, October 1 for a special screening of the film, reported the Telegraph-Journal, a Canadian newspaper.

Paralyzed in 1978 during a race at Belmont Park, Turcotte was pushed through the crowd of adoring fans in his wheelchair by an old friend named Charlie Davis. Davis is considered an unsung hero as he was the exercise rider of Secretariat, the paper said.

While Secretariat’s life and story are a marvel, Turcotte’s is equally fantastic. He was raised in New Brunwick in Canada, one of 12 children of a lumberjack. In his youth, he struggled as a stable hand, until he found his path as a jockey in Toronto.

While four of his brothers also became jockeys, Turcotte was exceptional. His career spanned 17 years with more than 3000 wins.

Turcotte is like the Muhammad Ali of his sport, the Telegraph-Journal said. Yet the rider always turns the focus back to Secretariat. “He was so easy to ride and wasn’t afraid of nothing,” he told the paper.

“You had to fall in love with that kind of a horse.”

The activist and founder of Pride in Utah, a blog about the state’s homosexual community, is taking on the leaders of the Mormon Church on their home turf. On Thursday evening, October 7, an estimated 4,500 protesters, dressed in black, met at Ethington’s urging at the church’s Salt Lake City headquarters, according to the Salt Lake City Tribune.

Protesters then laid down-end-to-end on the sidewalk surrounding the Temple, encircling the large compound twice. Photographs of the protests are visible on Ethington’s blog, said the Tribune.

They were protesting, among other things, comments this week by Boyd K. Packer, an apostle of the church said to be the second-in-command.

Packer told followers that same-sex attraction is an “impure and unnatural” condition that can be overcome, the newspaper reported.

Ethington and other activists in the Utah were swift to condemn the comments, suggesting they could lead to suicide of teens struggling with sexual identity. His blog features the names and photos of teens in the past who have committed suicide.

“Tonight, we are symbolic of all the children who have been killed by messages like Boyd K. Packer’s,” Ethington told Thursday night’s crowd, according to the Tribune.