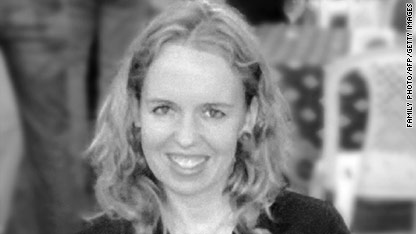 Hostage Linda Norgrove was killed during a rescue attempt by the British military.

A British aid worker held hostage in eastern Afghanistan since late last month was killed by her captors during a rescue attempt on Friday night, officials said.

James Boomgard, DAI president and chief executive officer, called the news "devastating" and said his operation is "saddened beyond words by the death of a wonderful woman whose sole purpose in Afghanistan was to do good."

British Foreign Secretary William Hague said in a written statement that his forces received information about where she was held and "decided that, given the danger she was facing, her best chance of safe release was to act on that information."

"Responsibility for this tragic outcome rests squarely with the hostage takers," Hague said.

Norgrove was being held by two Taliban commanders, Mullah Basir and Mullah Keftan, who were both killed in the raid, an Afghan intelligence official said.

A moment of brevity. Every time this ad comes on here in Michigan I dance and feel awkward at the same time. https://t.co/BiVXsanAZZ
sarasidnerCNN

8:51 am ET January 18, 2021 RETWEET
Today's "Blue Monday" depression peak isn't real, but seasonal blues are. Here's what to do about themâ€twitter.com/i/web/status/1â€¦Ao
cnni