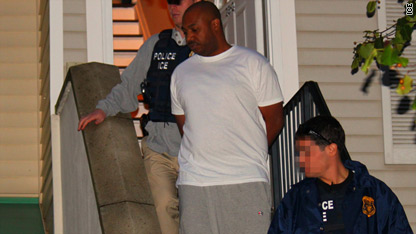 Kareem "Biggs" Burke, a founder of rapper Jay-Z's Roc-A-Fella Records, was among those arrested.

"These criminal organizations have allegedly dominated the illegal marijuana market in New York City for almost 20 years," said Special Agent in Charge James T. Hayes, Jr. "The high profile stature of some of the alleged members of these organizations is especially troubling."

ICE said that the suspected leader of the organization, Manuel Geovanny Rodriguez-Perez, was also arrested. Rodriguez-Perez was heard discussing violent acts on intercepted telephone calls, including a threat to "hunt" a customer who was late paying for marijuana, the agency said.