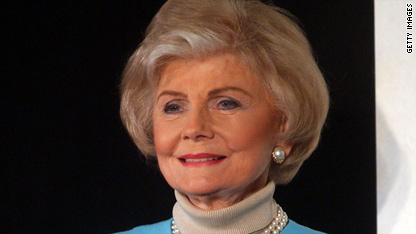 Barbara Billingsley, who wore a classy pearl necklace and dispensed pearls of wisdom as America's quintessential mom on "Leave it to Beaver," has died at age 94, a family spokeswoman said Saturday.

The actress passed away at 2 a.m. (5 a.m. ET) Saturday at her home in Santa Monica, California, after a long illness, spokeswoman Judy Twersky said. A private memorial is being planned.

"America's favorite mother is now gone. I feel very fortunate to have been her 'son,'" actor Tony Dow, who played Wally Cleaver, said. "We were wonderful friends and I will miss her very much. My deepest sympathies to her sons, Glenn and Drew, and her entire family."

Iran has freed an Iranian-American detained for more than two years
under suspicion of being associated with an anti-regime group, his lawyer said Saturday.

Reza Taghavi, a retired businessman from Orange County, California,
was released Saturday after being held in Iran's notorious Evin prison since his arrest in May 2008. 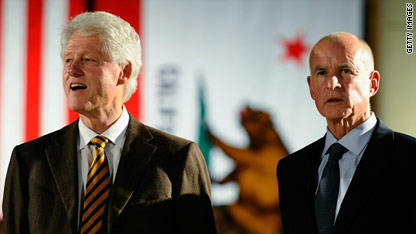 Talk about burying the hatchet. When former President Bill Clinton turned out to rally for California Democratic gubernatorial nominee Jerry Brown on Friday night, the former rivals hugged and made up. Really, they embraced.

The two have a bitter political history dating to 1992, when they ran against each other in the Democratic presidential primary.

Back then, Brown earned Clinton's animus by refusing to drop out until well after it was clear Clinton had locked up the nomination.

Speaking before a crowd on the campus of the University of California, Los Angeles, Brown heaped praise on the former president.

END_OF_DOCUMENT_TOKEN_TO_BE_REPLACED

Manouchehr Mottaki, in Brussels, Belgium, for a meeting, said November 15 has been suggested for Iran's meeting with the five permanent members of the U.N. Security Council - the United States, Britain, France, China, and Russia - and Germany. Collectively, the group is known as the P5 plus one.

END_OF_DOCUMENT_TOKEN_TO_BE_REPLACED

Blast kills 21 in China mine

A gas explosion Saturday killed at least 21 workers and 16 others were trapped at a coal mine in central China, authorities told state-run media.

Rescuers have retrieved 20 bodies so far, the official Xinhua news agency reported. The 16 trapped miners have been located but rescuers have to clear coal dust from the shaft in order to reach them.

END_OF_DOCUMENT_TOKEN_TO_BE_REPLACED 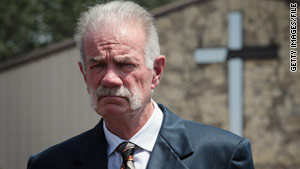 END_OF_DOCUMENT_TOKEN_TO_BE_REPLACED

News Corp. pulled the plug on Cablevision customers Saturday, blacking out more than 3 million households in the New York area over a programming fee dispute.

END_OF_DOCUMENT_TOKEN_TO_BE_REPLACED

Authorities are working to determine what caused a helicopter crash that killed nine people in southeastern Mexico.