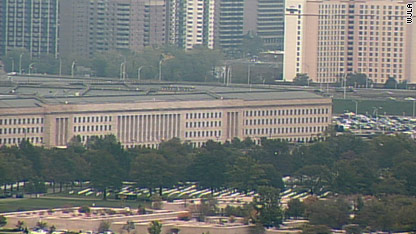 Shots were fired at the Pentagon early Tuesday, authorities said, striking a window of the building.

According to another Pentagon Force Protection Agency spokesman, Terry Sutherland, two bullets hit the Pentagon on the south side of the building - one striking a window and the other hitting the building itself.  This is an unoccupied part of the building that is being renovated.

Sutherland said a fragment of one of the bullets is lodged in the window.

The windows, which are bullet-proof, did not shatter.

Officials will hold a news conference about the incident at 11:30 a.m. at the Pentagon.