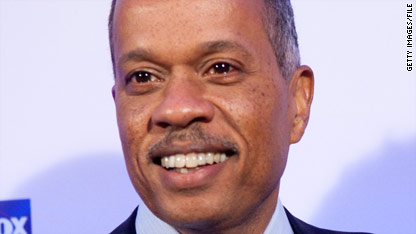 The Atlanta Journal-Constitution's Jay Bookman: His denials of bigotry aside, Williamsâ€™ remarks this week validated a stereotype of all Muslims as terrorists just as a similar comment about black people â€” 'When I get on a bus, if I see black people, I get worried, I get nervous' â€” validates a perception about black people as criminals. There is no qualitative difference between the two stances. A very small percentage of black people are criminals, and a much much smaller percentage of Muslims are terrorists. But once you start defining the much larger group by the activities of that much smaller subset, you start down a very bad road. NPR, in other words, acted appropriately."

Forbes' Conor Friedersdorf: "I donâ€™t think that Mr. Williams should be fired by NPR, or that itâ€™s good practice in general to fire people based on a single remark, however offensive. (There are exceptions. This isnâ€™t one of them.) I say this as someone who is glad that there is a strong social stigma against bigotry. There is an upside to this stigma that is under-appreciated: it signals to some people that bigotry is wrong, even if they donâ€™t quite understand why."

Think Progress: "... [Williams'] kind of thinking is exactly what digs the hole that is Americaâ€™s fight against terrorism deeper by letting the enemy define the terms of the struggle ..."

11:00 pm ET June 30, 2022 RETWEET
And take a look for yourself. Here is the warrant for alleged kidnapping the Till family found but somehow investigâ€twitter.com/i/web/status/1â€¦27
sarasidnerCNN

10:38 pm ET June 30, 2022 RETWEET
â€śâ€¦. In one, Ms. Hutchinson told the panel she was told to â€śprotectâ€ť certain individuals to â€śstay in good gtwitter.com/i/web/status/1â€¦o/8rlXupbTna
susancandiotti

11:00 pm ET June 30, 2022 RETWEET
And take a look for yourself. Here is the warrant for alleged kidnapping the Till family found but somehow investigâ€twitter.com/i/web/status/1â€¦27
sarasidnerCNN

10:38 pm ET June 30, 2022 RETWEET
â€śâ€¦. In one, Ms. Hutchinson told the panel she was told to â€śprotectâ€ť certain individuals to â€śstay in good gtwitter.com/i/web/status/1â€¦o/8rlXupbTna
susancandiotti