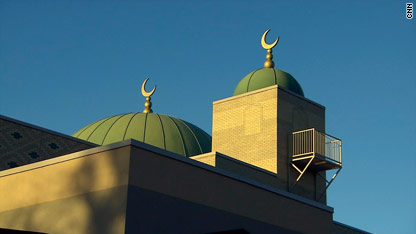 ﻿Oklahoma voters on Tuesday approved a measure that bans the application of Islamic law and orders judges in the state to rely only on federal law when deciding cases. State ﻿Rep. Rex Duncan, a Republican, was the primary author of the measure, which amends that state constitution.

For months, legal experts had lambasted the initiative as biased toward a religion and potentially harmful to local businesses that engage in commerce with international companies. It also presents potential constitutional law problems, experts say. Is Oklahoma's state constitution now in direct conflict with the U.S. Constitution's First Amendment, which states, "Congress shall make no law respecting an establishment of religion ... "?

﻿﻿There has never been a previous case in the state in which Sharia law was applied, said Rick Tepker, the first member of the University of Oklahoma School of Law faculty to try a case before the U.S. Supreme Court.

Tepker called the passage of the measure "a mess" with implications unknown until a case that challenges it arises.

"Many of us who understand the law are scratching our heads this morning, laughing so we don't cry," he said. "I would like to ﻿see Oklahoma politicians explain if this means that the courts can no longer consider the Ten Commandments. Isn't that a precept of another culture and another nation? The result of this is that judges aren't going to know when and how they can look at sources of American law that were international law in origin."

What is Sharia law, and how is it defined in the ban?

Businesses that engage with international companies may also find the ban is a stumbling block, Tepker said. The ban also requires all state business to be conducted in English.

Duncan has said he knew of no precedent in the state's history in which a judge applied Sharia law. But he backed the measure, he told reporters, as a "pre-emptive strike."