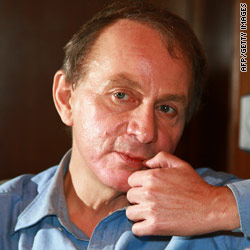 Houellebecq is considered by many to be France's greatest living writer, and fans considered the Goncourt long overdue.

Critics are often taken aback at his frank descriptions of sex and his characters' morbid worldview, according to The Paris Review.

He also has been accused of misogyny and hatred of Muslims, charges he has done little to dispel, according to the review.

Houellebecq's other titles include "The Possibility of an Island," "Whatever," "The Elementary Particles," and "Human Presence."

Artists as varied as Iggy Pop and French first lady Carla Bruni Sarkozy have written songs based on Houellebecq's works.