At 30, beginning a new life with the military 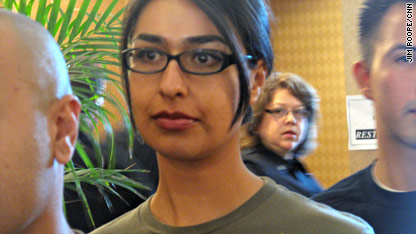 At 30, Raquel Espinosa does not fit the profile of an average Army recruit.

Each person who joins the military has a story about the journey that led them to enlistment, what they hope to get from their tour of duty and what they are leaving behind while they serve.

Raquel Espinosa's story starts a little later in life. At 30 years old, she's not your average recruit, who tends to enroll at 19.

Espinosa has picked Military Intelligence as her specialty and hopes to become an agent with the FBI or CIA after her service.

Until then, she's putting a lot on hold.

“I’m married, my sister is about to give birth to a baby and I don’t know if I’ll be here for that and my father is ill,” said Espinosa.

But the military can’t wait for her schedule, she said.

“You just have to do it. There’s never a good time. But I have to realize that in the end it will be for something much grander than I can imagine."

You can also listen to the CNN Radio Reports' podcast on iTunes or subscribe to the podcast.