iReport #BeAHero challenge: Be kind to a stranger 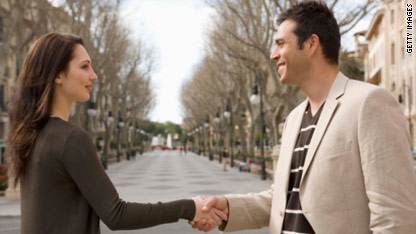 A few hours ago, iReporter Miguel Rezende in Lisbon, Portugal, sent us a touching story today about a local man who spent hours each day on one of the biggest avenues in Lisbon, smiling and waving goodbye to people passing by on foot or by car.

In the beginning, people thought he was "not lucid," Rezende said. But they came to know him as just a shy, lonely man, looking for companionship. (You can see him in action and talking about his life in a short documentary that local film students made a few years ago, with English subtitles.)

Jo├Żo Manuel Serra, or ŌĆ£Senhor do AdeusŌĆØ as he was known, died on Wednesday at the age of 80, after at least 15 years of waving to people. The local evening news did a story about him, and in his tribute, on Thursday, hundreds of fans went to the spot where he usually stood, Rezende said. They also created a Facebook page for him that has nearly 13,000 fans.

"It was very emotional to see so many people missing him," Rezende said. "This person made a lot of people happy when he was there."

We've been offering tiny "Be A Hero" challenges that you can do to make the world a little better.

For the next one, take a page from Mr. SerraŌĆÖs life and reach out to a stranger. Wave, smile, say hello, or strike up a conversation with someone youŌĆÖve never met. Feel free to tell us about it in the comments below, or on iReport.

"Maybe if we would do that more often, we would surprise ourselves to find that the stranger is actually a very nice person," Rezende said.

A new species of armored dinosaur discovered in Chile had a type of weaponized tail not seen before in any other diŌĆtwitter.com/i/web/status/1ŌĆ”Az
cnni

6:45 am ET December 5, 2021 RETWEET
While A-list celebrities like Kim Kardashian and Matt Damon are being paid to promote crypto, one actor is publiclyŌĆtwitter.com/i/web/status/1ŌĆ”hL
cnni

6:15 am ET December 5, 2021 RETWEET
A new study challenges reports by the World Food Programme and multiple media organizations that a food crisis in tŌĆtwitter.com/i/web/status/1ŌĆ”43
cnni