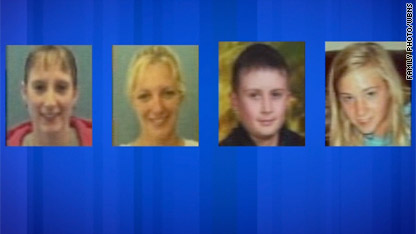 Tina Herrmann, Stephanie Sprang and siblings Kody and Sarah Maynard have been missing since mid-week.

Authorities and residents in rural Ohio searched Saturday for two women and two children who have been missing for several days.

The sheriff described their disappearance as a missing persons case.

"Detectives are interviewing family members, friends and acquaintances," Barber told CNN affiliate WBNS on Saturday. "Right now, there is no indication that they were abducted."