Tech's big day: The battle to see who will change your Web 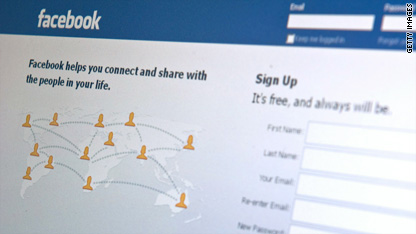 Facebook is expected to introduce an e-mail service that some are calling a "Gmail-killer."

It's a big day in the tech world and, depending on which company you favor, they are about to change the way you work and live online.

At least, that's the hope.

Several companies will be announcing or unveiling major products Monday that they hope will revolutionize the Web - again. To help you keep them straight, our tech gang will be breaking down each of the announcements and what they mean.

First up, Facebook. Mark Zuckerberg's company is expected to make a big move today against rival Google by announcing its own e-mail service. So, if you're one of the 500 million active Facebook users, your online activity may become even more streamlined. Depending on the depth of the service, it could mean that your chats, posts, photos and e-mail will all come from the same window - or app. It's been dubbed a possible "Gmail killer," a tough name to live up to, but if it can pull it off it may solidify Facebook's spot atop the tech mountain.

Facebook's announcement comes on the heels of AOL's announcement regarding Project Phoenix - a revamping of its own fading e-mail service. That's right, all of you who only use your AIM screen name, the company is looking to court you back to that old @aol.com e-mail address you had in 199-something. After all, they were once known for declaring, "You've Got Mail."

In a time of old battles new, our tech folks will be taking a look at what your e-mail address says about you. They're looking at Gmail, Hotmail and MSN users. Check out CNN.com/Tech this afternoon to find out what your handle means about your personality.

And if that doesn't fill your tech geek quota for the day, The Web 2.0 Summit kicks off Monday in San Francisco, California, and some big names will be chiming in. Google's Eric Schmidt will speak Monday and Facebook's Mark Zuckerberg on Tuesday. We'll make sure to keep you updated with any big news, announcement or insights from the summit.

If you're sick of the "regulars" in social media and the Web - there's something new for you, too. That is, if you're not looking to be the most popular kid with the most friends on the site. We're going to be introducing you to Path, the new "personal network," which at the time of this post is apparently already so popular the site's servers are over capacity. Here's what you need to know: You can share your path with only 50 people. It's essentially a hybrid of a photo-sharing site and a messaging service - without all of the world knowing what you're up to. As our pals at Mashable say, if Facebook is the social network, Path "is the anti-social network."

Finally, to cure you from the overload of tech news, we're serving up a smartphone side dish, literally off the grill. If you haven't seen it yet, check out the video that's gone viral showing the "testing" of smartphones by cooking them on a grill.