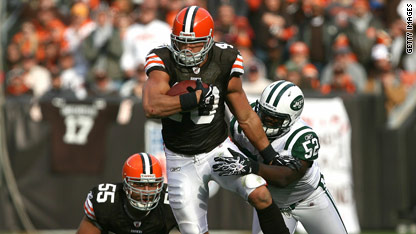 An 18-game regular season is going to cost NFL owners some concessions.

The NFL Players Association delivered its response to the owners' 18-game plan on Tuesday and included some bargaining points that could prolong negotiations all the way until March, when the current collective bargaining agreement expires.

The changes undoubtedly would alter the NFL as we know it, but not as significantly as an 18-game regular season. The owners want to shorten the preseason from four games to two and extend the regular season by an additional two contests, leading to more revenue but also a longer season and a mid-February Super Bowl.

With so much at stake, labor negotiations will be heated. But they have yet to really get started despite a potential lockout looming for the 2011 season. Owners will hold their monthly labor meeting in Dallas in December, but no formal negotiations between the players and owners have been scheduled.

With an 18-game season, roster sizes, player health, rookie wages and much more to discuss and deliberate, the two will have plenty to talk about over the holidays.

NFL action resumes Thursday with Bears-Dolphins. Until then, here's the action going on around the sporting world (all times Eastern):

Looking for a high-scoring game? You found it. The Heat's 'Big Three' host Steve Nash and the Suns, who have won three games in a row.

It's been a tough day for Tony Parker. The Spurs point guard will attempt to regroup and focus on Derrick Rose's Bulls.

80 - Straight games the No. 1 UConn women's basketball team has won after Tuesday night's 65-64 victory over No. 2 Baylor. The Huskies are just eight wins short of tying the record streak the UCLA's men's team put together in the 1970s. SI.com's Richard Deitsch chronicles last night's thriller.

5 - Players in history who have won the Cy Young award in both the American and National leagues. Phillies ace Roy Halladay became the fifth after unanimously being voted the NL winner earlier this week.

10:34 am ET September 16, 2021 RETWEET
Around 3,000 healthcare workers have been suspended in France after failing to meet a government requirement to getâ€twitter.com/i/web/status/1â€¦eg
cnni

10:30 am ET September 16, 2021 RETWEET
A fugitive who spent nearly 30 years on the run after allegedly using a hacksaw blade and bolt cutters to escape frâ€twitter.com/i/web/status/1â€¦tr
cnni