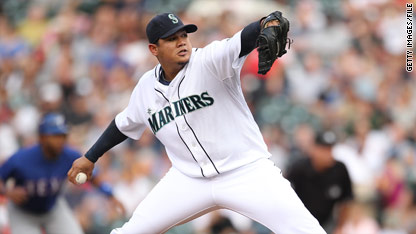 Winning isn’t everything when it comes to the American League Cy Young Award.

Felix Hernandez of the Seattle Mariners won the award given to the league’s best pitcher Thursday despite winning only 13 games,  the least ever for a starting pitcher. Hernandez led the league in earned-run average and innings pitched. He was second in strikeouts.

Voters didn’t hold the fact that he pitched for the last-place Mariners against him.  He won 21 of the 28 first-place votes.