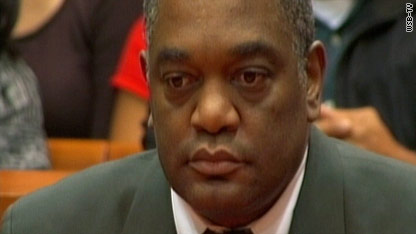 Legal action - Friday will be a busy day for court proceedings.

A former Georgia sheriff's deputy convicted of two murders will be sentenced. A jury this month found Derrick Yancey guilty of murdering his wife and a day laborer. Yancey was arrested last year in Belize, where he had fled after escaping house arrest.

And in a case of justice delayed, Luis Armando Pena Soltren is scheduled to be sentenced Friday in a Manhattan federal court for the 1968 hijacking of a Pan Am airliner. Pena Soltren and two other men redirected the Puerto Rico-bound plane to Cuba, where he remained a fugitive until he voluntarily returned to the U.S. in 2009 to face charges.

Obama at NATO summit - President Obama is in Portugal for a meeting with NATO allies. The future of the Afghan war effort will be a key part of the meeting's agenda, and the nations will deal with missile defense of NATO territory. The alliance will also adopt a new mission statement or "strategic concept," which members have said they believe is due since the Cold War ended 20 years ago.