Speculation in publicist's case, spokesman says: Beverly Hills Police Chief David Snowden asked journalists to keep "erroneous information, theories or speculation" out of their stories about the killing of a Hollywood publicist, but his appeal appeared to be a reaction to reports quoting his own mayor.

END_OF_DOCUMENT_TOKEN_TO_BE_REPLACED 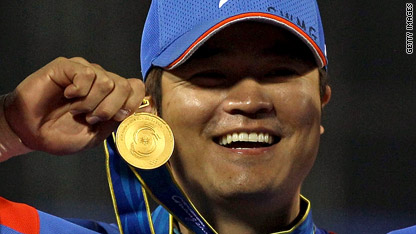 Cleveland Indians outfielder Shin-Soo Choo helped South Korea's baseball team clinch the gold medal Friday from defending champion Taiwan in the 16th Asian Games. But will it be enough to exempt him from serving in South Korea's military?

Cleveland's general manager seems to think so, even though, as of Saturday, the Indians have not received official declaration from the Korean Baseball Office, according to MLB.com.

"We have not received official word from the K.B.O. that he's been granted a military exemption," Chris Antonetti told MLB.com. "But, based upon our understanding prior to the Asian Games, as well as past precedent, it's our understanding that Choo's military obligation will be waived."

Even Cleveland's budding star acknowledged that the thought has crossed his mind.

Ôªø"Honestly, if [I told you] I didn't think about the military service, I might be a liar," he told Korean reporters, according to MLB.com.

END_OF_DOCUMENT_TOKEN_TO_BE_REPLACED

The remains of Tina Herrmann, 31, Kody Maynard, 11, and Stephanie Sprang, 41 were placed in garbage bags and lowered into the hollow of a tree in Kokosing Lake State Wildlife Area in Knox County, Ohio, where they were found Thursday.

Matthew Hoffman, who is accused of kidnapping Herrman‚Äôs daughter, allegedly directed authorities to their bodies.

Mexican official: Accused drug lord to be extradited to U.S.

U.S.-born cartel boss Edgar Valdez Villarreal, alias "La Barbie", will be extradited to the United States from Mexico, according to Isaac Fragoso, a spokesman for the Attorney General's Office in Mexico City, Mexico.
Valdez was arrested in August and is thought to be one of Mexico's most ruthless drug traffickers. No timeline was given as to when the extradition may take place.

President Barack Obama said Russia and the United States have agreed to cooperate on missile defense and work closely in other areas, such as Afghanistan and counter-narcotics.
"We see Russia as a partner, not an adversary," Obama said.

Click to watch video
Authorities listed the nationalities Saturday of the 29 miners trapped in a New Zealand coal mine and said gas levels inside are still too high to attempt a rescue.

Most of the miners are New Zealanders, but there are also two Australians, two Britons, and one South African, New Zealand Police said.

Air samples taken late Saturday afternoon indicated the gas levels inside the Pike River mine were still high, making the risk for rescuers too great, said Gary Knowles, superintendent of the Tasman Police District, who is heading the rescue effort.

END_OF_DOCUMENT_TOKEN_TO_BE_REPLACED

Peru president says Yale agrees to give artifacts back 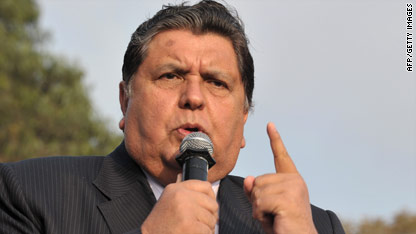 Peru's president says Yale University has agreed to return artifacts to the South American country - a move that could end a lengthy dispute over relics excavated nearly a century ago.

A university representative pledged in a meeting Friday to return a massive collection of artifacts collected from the ancient Inca ruins of Machu Picchu, Peruvian President Alan Garcia said.

"The Peruvian government is grateful for this decision and recognizes that Yale University conserved these parts and pieces that otherwise would have been dispersed in private collections throughout the world, and perhaps would have disappeared," Garcia said in a statement.

END_OF_DOCUMENT_TOKEN_TO_BE_REPLACED

The private two-seater Cessna crashed and caught fire while landing at Birmingham Airport on Friday, injuring the two men onboard.

As soon as the two men were "secure," the organ was retrieved and escorted by police to a nearby hospital, where doctors successfully carried out a liver transplant, West Midlands Police and the hospital said.

END_OF_DOCUMENT_TOKEN_TO_BE_REPLACED

NATO and the Afghan government on Saturday forged a "long-term" partnership - an agreement that will leave international forces in the war-torn country for many years after a planned military transition in 2014.

"We will stay as long as it takes to finish our job," said Anders Fogh Rasmussen, NATO's secretary-general.

"NATO is in this for the long term. We will not transition until our Afghan partners are ready. We will stay, after transition, in a supporting role," he also said.

He and Afghan President Hamid Karzai signed the pact before reporters at the Lisbon NATO summit. Along with U.N. Secretary-General Ban Ki-moon, they made remarks and took questions from reporters.

Meanwhile, a¬Ýlarge protest was happening Saturday in London against the war in Afghanistan, with organizers saying thousands from around the country would take part.

Demonstrators were marching from Speakers Corner in Hyde Park to Trafalgar Square, where there were planned speeches from Labour politician Tony Benn, former London Mayor Ken Livingstone, two members of Parliament and others.

Mexican federal police have arrested a man who authorities say could have been involved in the March shooting deaths of three people with ties to the U.S. Consulate in Ciudad Juarez, Mexico, the country's public safety ministry said.

END_OF_DOCUMENT_TOKEN_TO_BE_REPLACED

A search is under way for a shooter who critically wounded a park ranger in Utah, authorities said early Saturday.

END_OF_DOCUMENT_TOKEN_TO_BE_REPLACED

10:14 am ET October 25, 2021 RETWEET
From the NYT: FDA says ‚Äú‚Ä¶the benefits of staving off Covid-19 with the Pfizer-BioNTech vaccine outweigh the ristwitter.com/i/web/status/1‚Ä¶2eigmS
susancandiotti