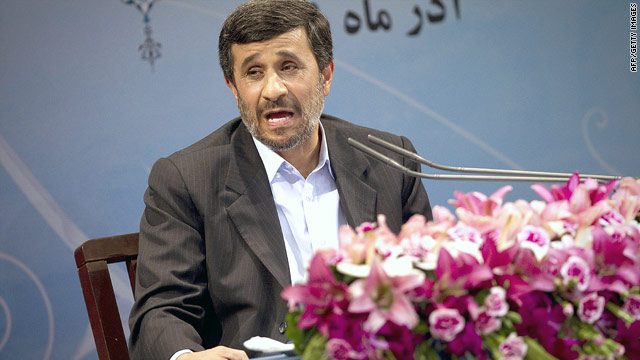 Iran and the approaches that governments are taking with the Islamic Republic are major topics in some of the sensitive U.S. diplomatic documents released by WikiLeaks this week. The documents deal with, among other things, Iran's ties with North Korea and Arab states' concerns about their Persian neighbor. Here are five key things to know about the Iran-related documents and the effects of their release.

Whether North Korea has strengthened its ties with Iran and recently sold Iran its most powerful missiles depends on whether you believe U.S. intelligence or Russian intelligence.

In a diplomatic cable released by WikiLeaks and dated February 2010, U.S. officials tell their Russian counterparts that North Korea has sold Iran 19 advanced missiles based on Russian design and capable of hitting targets in Western Europe.

The cable says the Russians dismiss the U.S. intelligence reports and call them unreliable.

"There is no evidence for this and concealment of such a transfer would be impossible," the cable quotes a Russian official as saying.

"The fact is that there have been no successful tests of this missile in either North Korea or Iran."

The U.S. intelligence assessment that North Korea has sold Iran advanced missiles certainly grabs your attention, but at this point there is no evidence available to prove or disprove the claim. Therefore, any claim that North Korea has recently strengthened its ties with Iran and bolstered Iran’s military capability is conjecture.

WHY IRAN IS DOWNPLAYING LEAKED CABLES

Iran sees itself as a regional power with aspirations to be a world power, so it doesn’t like the perception that it’s an isolated nation with few friends in its own neighborhood in the Middle East.

But a look at the leaked cables depicts the Islamic Republic as a nation that's surrounded by Sunni-dominated nations with Arab leaders who are repeatedly pushing the U.S. to attack Iran.

There’s a lot of talk about military action against Iran in the leaked cables, but an attack against Iran doesn’t appear  imminent.

The most likely nation to launch an attack is Israel, which considers Iran an existential threat and Iran's nuclear program its top security priority. But even Israeli leaders have recently reined in their drumbeats of war.

Attacking Iran would be costly. Iran could hit back by attacking Israel and shutting down the Strait of Hormuz, through which an estimated 40 percent of the world's oil travels. Iran could further destabilize neighboring Iraq and Afghanistan, something Washington can ill afford.

Attacking Iran could unify its hard-line leaders at a time when there are clear signs of rifts. Conservative Iranian lawmakers reportedly started a petition to impeach Ahmadinejad, but Iran’s Supreme Leader Ayatollah Khamenei stepped in to halt the process.

Washington and its allies are also encouraged by the effect of the fourth round of sanctions against Iran, and their official position is still engagement and negotiations first.

An attack may not be imminent, but the option is not off the table. The leaked cables show many U.S. allies are convinced Iran is going after nuclear bombs and the only way to stop it is by force.

WHY SOME ARAB STATES FEAR IRAN

Iran and many of its Arab neighbors have diplomatic relations, but behind the scenes and throughout history, relations have often been far from friendly.

Iran’s relationship with Saudi Arabia is an example.

The sectarian divide has always set the stage for friction between the two nations that have long vied to be the top dog in the region. Saudi Arabia is dominated by Sunni Muslims. Iran is led by Shias.

Iranian hard-liners have never liked that a king rules Saudi Arabia. To the Islamic Republic, kings are un-Islamic. Iranian officials have also condemned Saudi Arabia for being Washington's ally. Iran has never forgotten that during the Iran-Iraq war, Saudi Arabia sided with Iraq.

Saudi Arabia has long feared ambitions by Iran to expand its influence and establish itself as the dominant player in the region. The leaked cables show Saudi Arabia is also deeply concerned about Iran pursuing nuclear weapons.

WHAT THE DOCUMENTS REVEAL ABOUT IRAN'S NUCLEAR PROGRAM

The leaked diplomatic cables reveal very little new information about Iran's nuclear program or whether it is planning to build nuclear weapons.

International inspectors say Iran is now enriching a small amount of uranium at 20 percent for a medical research lab. The 20 percent purity level is well below the 90 percent necessary for making bombs.

There is also no evidence that Iran has the missile technology to deliver a nuclear warhead.

Even so, the United States and its allies say Iran's lack of transparency and its patterns of secrecy are evidence that Iran is indeed going after bombs. How long it would take Iran to make a bomb is in dispute, with estimates varying from one year to as many as five.