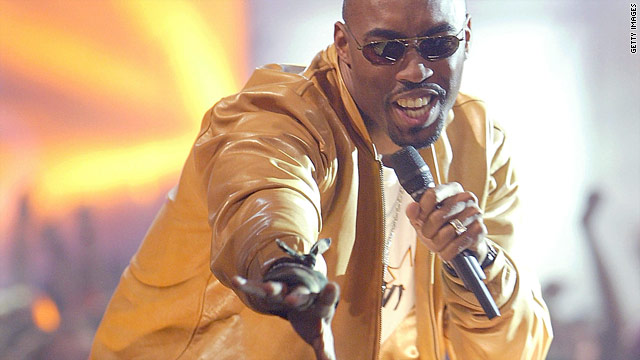 The singer, known for his chart-topping song "This is how we do it," is announcing his retirement from the music industry and his plans to become a licensed minister in January.

After New Year's, Jordan intends to serve only one audience, as a worship pastor at Victory World Church in Norcross, Georgia.

"It's just been an amazing career. And it has been great," Jordan told WXIA-TV. "But it's a calling that's probably been with me all my life, since I was a child. And I've known it. A lot of people in the business know it and have the same calling, but that leap of faith is difficult."

You may never have heard this man's name before. But we bet you've heard of the person he worked for - Pablo Picasso.

And their relationship is getting a lot of attention, now that the retired electrician in southern France claims to have hundreds of previously unknown works done by the famous artist -Â 271 pieces, he says, including cubist paintings, lithographs, notebooks and a watercolor that were all given as gifts. The Associated Press reports Â Picasso's estate estimates the "treasure trove" may be worth 60 million euros, almost $80 million.

Le Guennec is said to have installed burglar alarm systems at several of Picasso's homes in France, and through their friendship, he acquired the works, the BBC reported.

Christian Fraser, reporting for BBC, said a multimillion-dollar legal battle will likely ensue over who is the legal owner of Â the paintings.

Venezuelaâ€™s president is offering space in his downtown Caracas palace to 25 families left homeless in storms that have been pounding the country.

Quarters for the families will include the kitchen used by Chavezâ€™s security staff and some of the presidentâ€™s personal space, according to a Reuters report.

"The security personnel have a huge kitchen which about 20 families can use," Chavez said on state TV, according to the Reuters report. "I have three offices; the second one can be turned into three little apartments. They're going to start moving in."

At least seven people have died in the storms, which have caused 45 mudslides in the Caracas area, according to a report in the Latin American Herald Tribune. Some of the more than 500 people left homeless by the weather are also being housed at a military base in the capital.