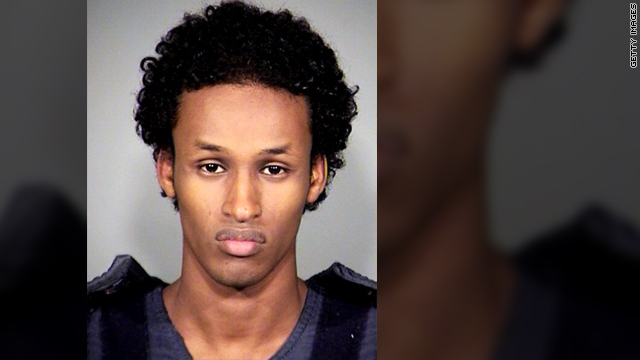 Mohamed Osman Mohamud, a naturalized U.S. citizen from Somalia, pleaded not guilty Monday to a single count of attempting to use a weapon of mass destruction. A federal grand jury in Portland indicted him on that charge shortly before his Monday afternoon court appearance, and he could face life in prison if convicted.

About 100 people, including several members of the area's Somali-American community, packed the small hearing room and the hallway outside. Mohamud did not acknowledge them during the hearing.

The Oregon State University student was arrested Friday after he attempted to detonate what he believed was an explosives-laden van parked near a tree-lighting ceremony in Portland's Pioneer Courthouse Square, law enforcement officials said. But the bomb was fake, thanks to an undercover operation designed to undermine the plotter, and officials said the public was never in danger from the mock device.