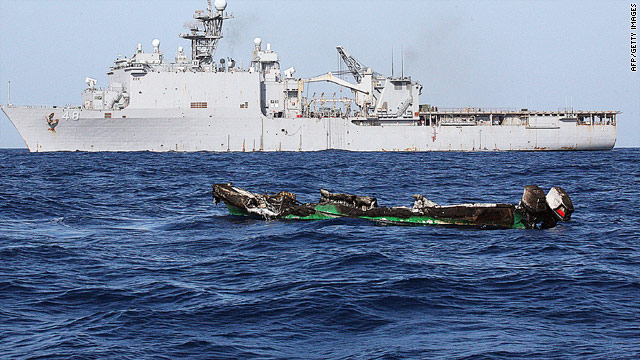 Somali man to facing 30 years in prison for piracy

A federal court on Monday sentenced a Somali man to 30 years in prison for acts related to high-seas piracy, according to a statement by the U.S. Attorney's office for the Eastern District of Virginia.

"Today marks the first sentencing in Norfolk for acts of piracy in more than 150 years," U.S. Attorney MacBride said in the statement. "Piracy is a growing threat throughout the world, and today's sentence ... demonstrates that the United States will hold modern-day pirates accountable in U.S. courtrooms."

Jama Idle Ibrahim pleaded guilty in federal court in August, admitting he had intended to seize a U.S. merchant vessel on April 10 and hold it for ransom.

Russian and Chinese warships have conducted the first ever joint patrol in the western part of the Pacific Ocean, tâ€twitter.com/i/web/status/1â€¦b4
cnni

2:01 pm ET October 23, 2021 RETWEET
A potent system in the central US is stirring up severe weather this weekend that will move eastward early next weeâ€twitter.com/i/web/status/1â€¦tR
CNNweather