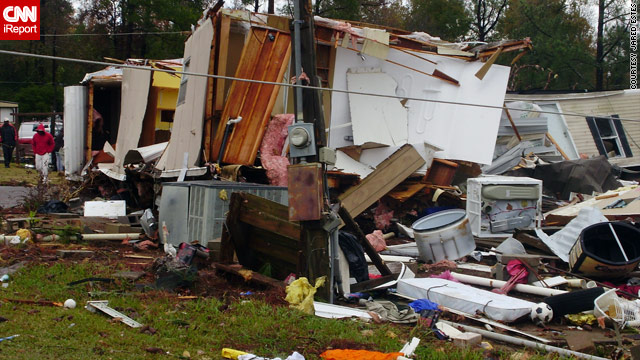 An onslaught of severe weather in Mississippi led to the hospitalization of six people and power outages, an emergency management spokesman said Tuesday.

A tornado touched down in Yazoo County, Mississippi, on Monday night, causing damage to a downtown Yazoo City courthouse and tossing widespread debris in the area, officials said.

The twister touched down around 8:05 p.m. local time, according to the National Weather Service's Jackson, Mississippi, office.

Greg Flynn, spokesman for the Mississippi Emergency Management Agency, said the damage included "a lot of windows blown out, some roof damage and very little power in the downtown area" of Yazoo City.

No severe injuries or deaths have been reported, said Lea Crager, deputy director of MEMA.