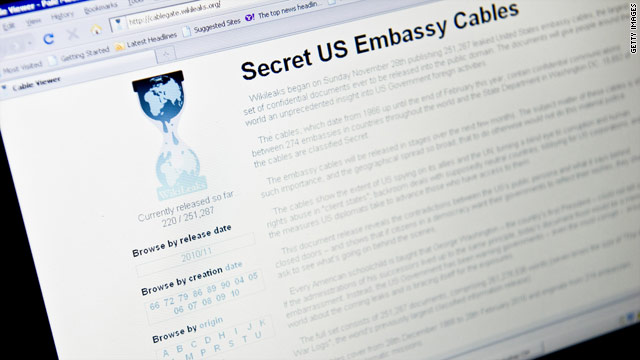 After posting thousands of secret government documents, WikiLeaks came under an electronic attack designed to make it unavailable to users, the whistle-blower website said Tuesday.

The site also experienced a distributed denial of service (DDOS) attack on Sunday, just as it was publishing the first of what it says are 250,000 secret U.S. diplomatic cables. Such attacks normally are done by flooding a website with requests for data.

The effects of Tuesday's electronic disruption were unclear.