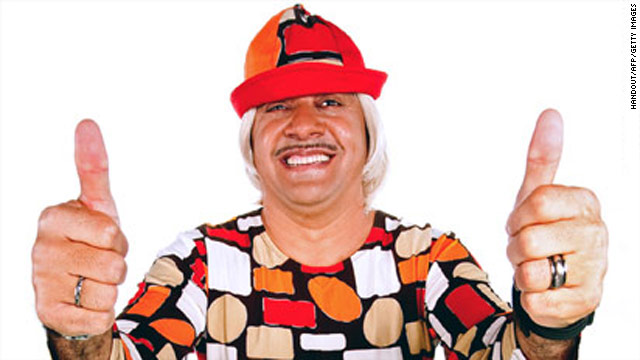 Tiririca the clown can take his seat in Brazil's Congress after all, a judge ruled Wednesday.

Francisco Oliveira, who performs as Tiririca, passed a literacy test after opponents alleged he couldn't read or write as law requires of congressmen, said Aloisio Sergio Rezende Silveira, a judge for a regional electoral court in Sao Paulo.

Oliveira was elected to the lower house of Congress in October after appearing in festive campaign ads in full costume. He claimed he didnāt know what federal lawmakers did, and he said voters wouldn't be worse off if he was elected.

āWhat does a federal representative do? IĀ don't know, but vote for me and I'll tell you,ā Oliveira said in one of the ads, according to a Portuguese-to-English translation.

In a November literacy test, Oliveira demonstrated "a minimum of intellect concerning the content of a text despite difficulties in writing,ā the BBC quoted the judge as saying.

"The electoral court considers someone to be ineligible only if they are totally illiterate," the judge said, according to the BBC.

Oliveira, who will represent the state of Sao Paulo,Ā received 1,353,820 votesĀ - the most for any lower-house candidate in Octoberās election, according to The Economist.

Iran will send to Ukraine the black boxes of a Ukrainian airliner that its military accidentally shot down this monātwitter.com/i/web/status/1ā¦6Z
cnni

10:30 am ET January 18, 2020 RETWEET
Australia's indigenous people have a 50,000-year-old solution for the country's devastating bushfires. But it's difātwitter.com/i/web/status/1ā¦0q
cnni

10:15 am ET January 18, 2020 RETWEET
Sam Springsteen, son of "The Boss" Bruce Springsteen, was among 15 new firefighters sworn in by the mayor of Jerseyātwitter.com/i/web/status/1ā¦le
cnni