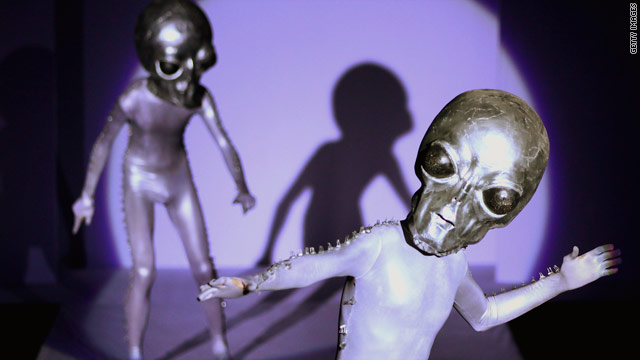 The truth is out there.

NASA is planning to hold a news conference Thursday "to discuss an astrobiology finding that will impact the search for evidence of extraterrestrial life."

The Web is abuzz with speculation about what that cryptic phrase might mean.

"Our guess is that this astrobiological discovery will have something to do with water, evolutionary biology, and aquatic bacteria," the Geek Tech bloggers at PCWorld say.

Gaming and fantasy site Kotaku thinks it could mean life-friendly conditions - or even living organisms - have been found on Saturn's moon Rhea.

"There's only one thing this could mean: NASA has aliens. Now let's just hope they're the friendly, ET-kind of visitors, and not the warlike Klingon types," Stephen Losey wrote (tongue-in-cheek) on FederalTimes.com.

Blogger Jason Kottke analyzed the lineup of scientists slated to appear at the press conference and came up with his own conclusion:

"If I had to guess at what NASA is going to reveal on Thursday, I'd say that they've discovered arsenic on Titan and maybe even detected chemical evidence of bacteria utilizing it for photosynthesis (by following the elements). Or something like that."

Leave it to Discover.com's level-headed Phil Plait to throw a wet space blanket on the hype over the possible discover of extraterrestrial life:

"It seems really unlikely; I don't think they would announce it in this way," he writes. "It would've been under tighter wraps, for one thing. It's more likely they've found a new way life can exist and that evidence for these conditions exists on other worlds. But without more info, I won't speculate any farther than that."