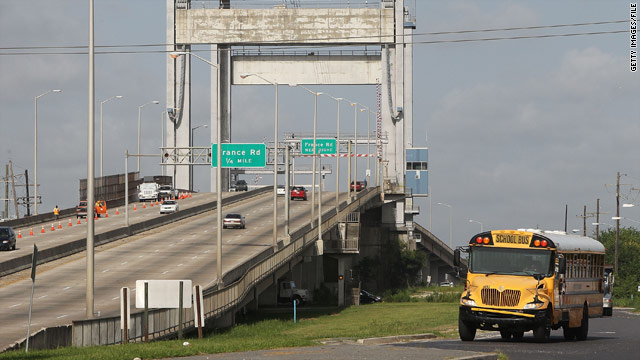 A former New Orleans police officer was sentenced to 8 years in prison Wednesday in connection with a police-involved shooting on the Danziger Bridge that left two civilians dead and four wounded shortly after Hurricane Katrina.

Michael Hunter pleaded guilty in April in federal court to charges of conspiracy to obstruct justice and concealing a known crime. He was sentenced Wednesday to eight years in prison and three years of supervised release.

Hunter and other officers drove to the Danziger Bridge on Sept. 4, 2005, in response to a radio call that said officers on the nearby I-10 bridge had come under fire, the Department of Justice said in a press release.

Hunter admitted that officers on the east side of the Danziger Bridge fired at people even though they did not appear to have any weapons, according to the DOJ.┬Ā

Hunter also admitted to firing repeatedly at people who were running away over the bridge even though they did not appear to have weapons or pose a threat to officers as they ran up the bridge.

Australian Olympians returning from the #Tokyo2020 games have been criticized over "excessive alcohol consumption"ŌĆtwitter.com/i/web/status/1ŌĆ”sp
cnni

12:00 pm ET August 4, 2021 RETWEET
"What I saw on 4 August killed my heart." A year after the Beirut blast, survivors are still grieving, still angryŌĆtwitter.com/i/web/status/1ŌĆ”30
cnni

11:40 am ET August 4, 2021 RETWEET
US gymnast Simone Biles has revealed that her aunt "unexpectedly" died during the 2020 Tokyo Olympics. cnn.it/3yuhLMY
cnni

11:21 am ET August 4, 2021 RETWEET
Climate change is making extreme flooding worse. The population exposed to those floods since 2000 is 10 times highŌĆtwitter.com/i/web/status/1ŌĆ”E1
CNNweather

11:05 am ET August 4, 2021 RETWEET
It's been a year since one of the world's largest ever non-nuclear explosions ripped through Lebanon's capital, kilŌĆtwitter.com/i/web/status/1ŌĆ”4Z
cnni