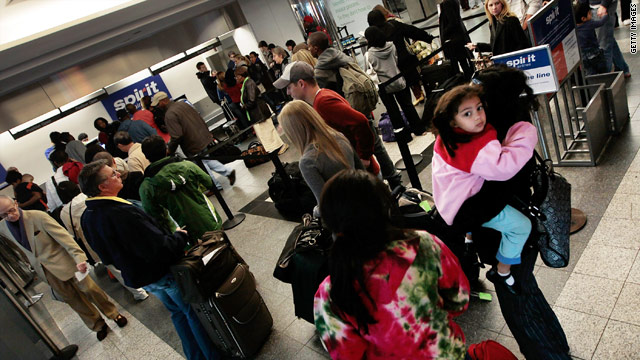 A major storm system that spawned several tornadoes across the South on Tuesday and Wednesday is moving up the East Coast, bringing torrential rain widespread flooding the Northeast.

Ground stops were in effect for New York's JFK and LaGuardia airports due to low clouds and heavy rain. Flight delays of more than four hours were also reported at New Jersey's Newark airport Wednesday afternoon. Flight delays over one hour were also being reported at New York's Teterboro and Philadelphia International Airport on Wednesday afternoon.