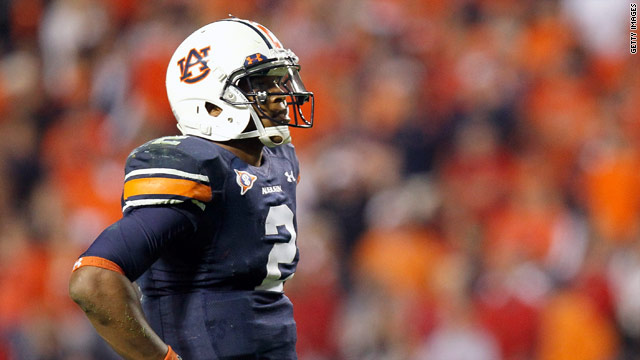 The NCAA suspended Auburn University football star Cam Newton for one day during an investigation of recruiting violations, but the Heisman Trophy candidate's eligibility was reinstated Wednesday.

Newton's father, the Rev. Cecil Newton, and another person, who wasn't named, tried to market Newton "as a part of a pay-for-play scenario in return for Newton's commitment to attend college and play football," the NCAA said.

Auburn has limited Newton's father's access to the athletic program and Mississippi State - which tried to recruit Newton - has cut off relations with the other person.

Auburn's football team is undefeated and ranked No. 1 in the BCS poll, thanks largely to Newton's running and passing, but pay-to-play allegations have dogged the team all season.

The NCAA investigation concluded that although his father violated the rules, the player did nothing wrong and should be allowed to continue to play.

"The conduct of Cam Newton's father and the involved individual is unacceptable and has no place in the SEC or in intercollegiate athletics," said Mike Slive, Southeastern Conference commissioner. "The actions taken by Auburn University and Mississippi State University make it clear this behavior will not be tolerated in the SEC."