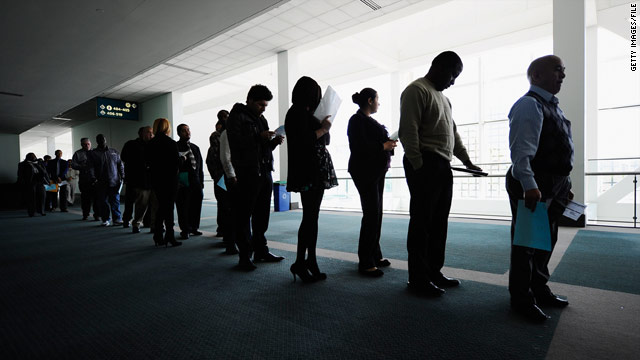 39,000 jobs were added to the economy in November - the worst number since September, government says.

That marks a major slowdown from October, when the economy added an upwardly revised 172,000 jobs. Unemployment rose in November to 9.8% from 9.6% and stock futures turned lower.

The numbers are a huge disappointment, considering economists surveyed by CNNMoney.com expect a similar gain for November - they're predicting 150,000 jobs were added to payrolls during the month. Bernard Baumohl, chief economist of the Economic Outlook Group,was more bullish, having predicted another 235,000 added in November.

"There's a general realization among businesses that the economic recovery is real, and that since so many of them have cut so sharply, there is now a rush to hire the most skilled workers at this point," Baumohl said before the report came out.

2:01 am ET November 28, 2020 RETWEET
Watch this pianist attempt to serenade a pack of monkeys in the ancient city of Lopburi, Thailandâ€twitter.com/i/web/status/1â€¦il
cnni