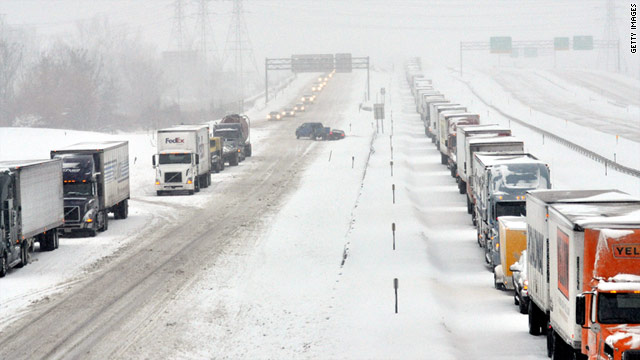 Management of snow storm lacking, officials say: The New York Thruway Authority said it could have done a better job in dealing with a snowstorm that caused accidents and shut down a section of interstate highway near Buffalo

Britney Spears puts rumors to rest: Britney Spears had a special treat for her fans on her 29th birthday – the singer announced that she's releasing a new album.

Another violent death at Disney community: A Disney-developed community in central Florida saw its second instance of deadly violence this week when a resident turned a gun on himself during a standoff with a SWAT team.

Oprah's departure from show sparks frenzy: Tom Franklin has never met Oprah Winfrey, but that didn't stop him from dreaming what most writers dream.