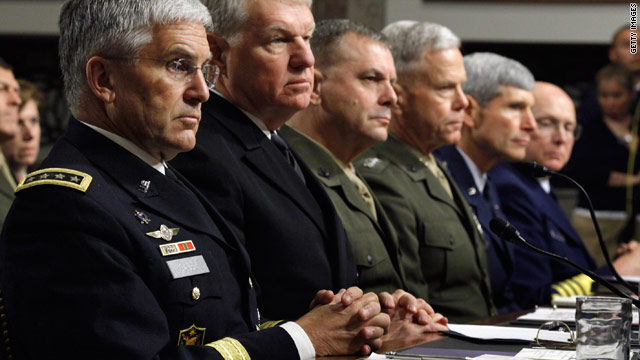 Leaders of the different branches of the U.S. armed forces gave sharply divergent answers to the Senate Armed Services Committee on Friday when asked whether the military's controversial "don't ask, don't tell" policy should be repealed, and what the consequences of a repeal might be.

They appeared united, however, in their belief that a repeal would be better handled if ordered by congressional legislation rather than a ruling from the courts.

The strongest resistance to allowing gays and lesbians to serve openly came from Marine Corps Commandant Gen. James Amos, who warned of potentially strong repercussions in terms of unit cohesion.