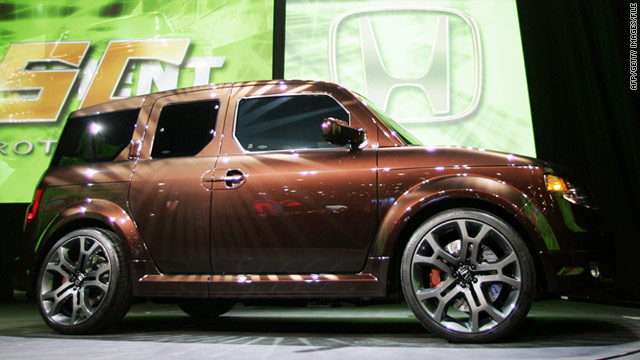 "Behind that cubist philosophy is a level of versatility that sets it apart from many other small wagons and compact SUVs," the editors wrote of the 2011 model.

The Element was the subject of several recalls: 2003/04, ignition switch mechanism; 2007/08, braking system and stability module; and 2010, transmission shift cable.

Honda said it has sold about 325,000 Elements, but customers are increasingly attracted to crossover SUVs.