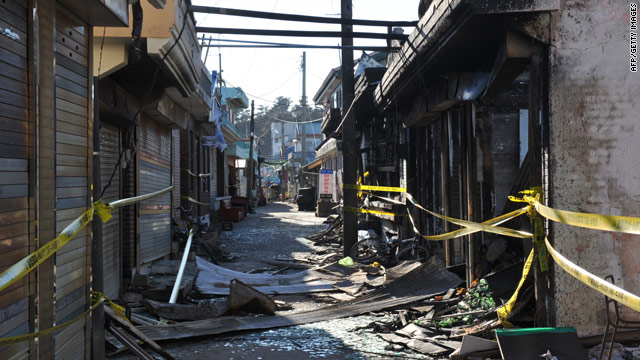 International Criminal Court to look at whether N. Korea shelling is a war crime

The International Criminal Court has opened a probe into North Korean shelling of Yeonpyeong Island last month and the March sinking of a South Korean warship, allegedly by a North Korean submarine, to evaluate if the incidents constitute war crimes, the court said Monday.

"The office of the prosecutor has received communications alleging that North Korean forces committed war crimes in the territory of the Republic of Korea," the court said in a statement. "The prosecutor of the ICC, Luis Moreno-Ocampo, confirmed that the office has opened a preliminary examination."

In March, 46 South Korean sailors died when the warship Cheonan sank in the Yellow Sea. South Korea, as well as an international investigation conducted by South Korea, U.S., Swedish, British and Australian officials, have blamed a North Korean torpedo for sinking the ship. North Korea has denied culpability.

The International Criminal Court, located in The Hague, Netherlands, has had jurisdiction over "war crimes, crimes against humanity or genocide" committed on South Korean territory since 2003, the statement said.

A preliminary investigation will determine if the criteria are met for opening an investigation under the Rome Statute - the statute that governs the International Criminal Court.

The court investigates and prosecutes those accused of crimes including genocide, crimes against humanity and war crimes.

Venice Carnival has been suspended in the wake of the coronavirus outbreak in Italy cnn.it/2v680JD
cnni

6:31 am ET February 25, 2020 RETWEET
Mubarak was a strongman president who led the Arab worldâ€™s most populous country with an iron fist. He was deposedtwitter.com/i/web/status/1â€¦aRGZ
cnni

6:27 am ET February 25, 2020 RETWEET
BREAKING NEWS: Former Egyptian President Hosni Mubarak, who ruled Egypt for 30 years before he was overthrown in aâ€twitter.com/i/web/status/1â€¦tY
cnni