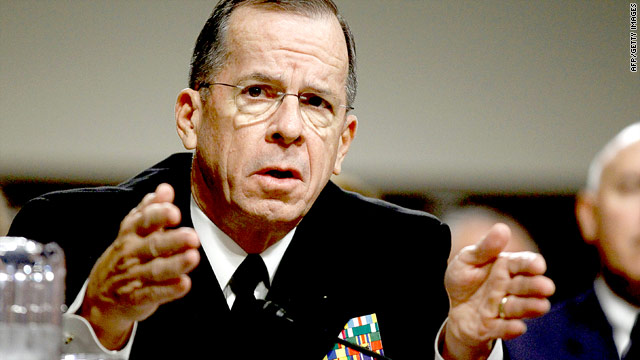 Adm. Mike Mullen. the chairman of the Joint Chiefs of Staff, plans to depart Washington Monday night to go to South Korea in a hastily planned visit, according to Pentagon officials.

The goal is to reassure the South Korean military of U.S. support, American officials said.

"He is going to shore up support for the alliance," a senior US military official said. The official declined to be identified because the trip will not be publicly announced until later Monday.

"He is going to reinforce our strategic alliance and our commitment to the defense of their territory," the official said. A second Pentagon official described the trip as "relatively sudden."

The Mullen visit comes as the South Korean navy began live-fire exercises on the seas surrounding the Korean peninsula Monday in the midst of bristling tensions with the North, South Korean state media reported.

Australia is on track to allow borders to reopen by Christmas, the country's minister for trade, tourism and investâ€twitter.com/i/web/status/1â€¦Zj
cnni

3:29 am ET September 22, 2021 RETWEET
Women who have been sexually assaulted have a higher risk of developing a type of brain damage that has been linkedâ€twitter.com/i/web/status/1â€¦E0
cnni