Protesters in Washington breached the complex of the Treasury Department and spray painted the area, a law enforcemâ€twitter.com/i/web/status/1â€¦MH

RT @CNN: JUST IN: Multiple police vehicles have had their windows broken in front of the CNN Center in Atlanta. Protests are taking place iâ€¦ 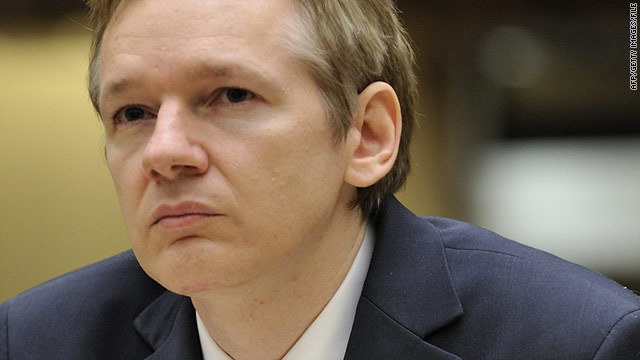 WikiLeaks documents - "Terrorist funding emanating from Saudi Arabia remains a serious concern." So states a cable prepared for the visit of U.S. Special Envoy Richard Holbrooke to the kingdom earlier this year.

It is one of several that have appeared on the WikiLeaks site that suggest that despite some progress, the flow of cash to extremist groups in Pakistan and Afghanistan from individuals and charities in the Gulf has certainly not been halted. The cable, written by U.S. Ambassador James B Smith, says that the Saudis are "cooperating more actively than at any previous point to respond to terrorist financing concerns raised by the United States, and to investigate and detain financial facilitators of concern."

Meanwhile, as criticism continues to grow against WikiLeaks founder Julian Assange, Australia's attorney general says Assange would be allowed to return to his Australian homeland, and has the same protections as any other Australian citizen.

Facebook's changes - Facebook is rolling out a new design for members' profile pages, transforming what's now a jumbled collection of details into a streamlined window that conveys who you are and what you're up to, CNNMoney reports.

Later on we'll be taking a look at what's new with the profiles, what changing to the new template means, and whether you should make the switch.

N. Korea focus of Washington talks - U.S. Secretary of State Hillary Clinton plans to meet with the top diplomats from South Korea and Japan Â on Monday in Washington about the tense situation between the two Koreas. Clinton will huddle first with South Korean Foreign Minister Kim Sung-hwan, then withÂ Japanese Foreign Minister Seiiji Maehara. Then all three will hold discussions together at the State Department.

Speaking shortly before his departure from South Korea on Sunday, Kim said the three attendees will discuss coordinating their outreach with other nations, according to Seoul's Yonhap news agency.

Tax cut extension? - Top senators from both parties indicated Sunday that a deal was likely soon on temporarily extending Bush-era tax cuts for all Americans, along with unemployment benefits that have expired.

However, Republican senators made clear they are unlikely to budge in their opposition to other Democratic priorities in the final weeks of the lame-duck session of Congress that ends in early January.

Wells Fargo on W 31st on Fire. ATMâ€™s being broken down. People breaking into the bank building while itâ€™s blazintwitter.com/i/web/status/1â€¦56ZZ6V
sarasidnerCNN

12:33 am ET May 30, 2020 RETWEET
Bail for former Minneapolis Police Officer Derek Chauvin has been set at $500,000, according to the criminal complaâ€twitter.com/i/web/status/1â€¦HH
cnni

12:16 am ET May 30, 2020 RETWEET
The front of CNN Center in Atlanta was the scene of violent protests on Friday evening that resulted in damage to tâ€twitter.com/i/web/status/1â€¦Wl
cnni

12:12 am ET May 30, 2020 RETWEET
Millions of cicadas are expected to emerge this year after 17 years underground cnn.it/36IUrxP
cnni

12:01 am ET May 30, 2020 RETWEET
An attorney for Kellie Chauvin, the wife of ex-Minneapolis police officer Derek Chauvin, has filed for a dissolutioâ€twitter.com/i/web/status/1â€¦Cq
cnni