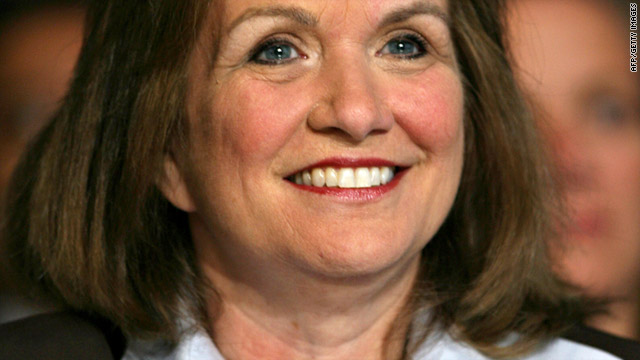 Elizabeth Edwards, the estranged wife of former North Carolina senator and presidential candidate John Edwards, died Tuesday after a lengthy battle with breast cancer. She was 61.

"Today we have lost the comfort of Elizabeth's presence but she remains the heart of this family. We love her and will never know anyone more inspiring or full of life," her family said in a statement.

"On behalf of Elizabeth we want to express our gratitude to the thousands of kindred spirits who moved and inspired her along the way. Your support and prayers touched our entire family."

Edwards was first diagnosed with breast cancer in 2004. In 2007 she announced the disease had spread to her ribs and hips, saying it was incurable but treatable.

On Monday, Edwards released a statement saying she had stopped treatment after doctors told her additional treatment would be "unproductive."

Her last book, "Resilience: Reflections on the Burdens and Gifts of Facing Life's Adversities," went on sale in June.