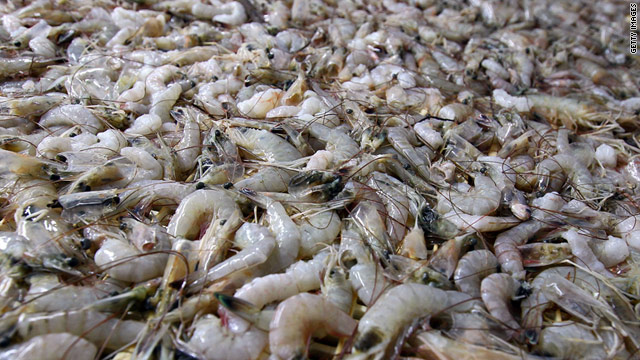 The White House is putting its menu where its mouth is.

President Obama and administration officials have said numerous times since the BP oil spill that seafood from the Gulf of Mexico is safe and good to eat.

"I'm excited to use the power of food once again to honor not only the Gulf, but some very special guests," Comerford wrote.

Meanwhile, Navy Secretary Ray Mabus, who also is the coordinator of the administration's Gulf spill response, is pushing the Pentagon to buy as much Gulf seafood as possible to boost the industry and set an example, NOLA.com reports.

"He expressed what we wanted to hear: He is in favor of the federal government buying seafood from the Gulf," Ewell Smith, executive director of the Louisiana Seafood Promotion and Marketing Board, told NOLA.com.

Smith said he would like to see all public entities use Gulf seafood, "whether it's the military or prison systems or school systems."

BP is giving Louisiana $48 million for seafood safety and promotion programs as part of a larger restoration effort, according to NOLA.com.