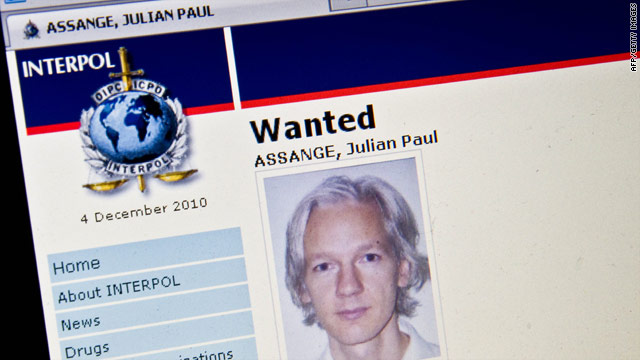 [Updated at 10:05 a.m.] Julian Assange has been refused bail by a U.K. court and remanded until December 14th.

[Updated at 9:46 a.m.] WikiLeaks founder Julian Assange refused in court Tuesday to give his consent to be extradited to Sweden.

Assange was arrested at a London police station at 9:30 a.m. and will appear at the City of Westminster Magistrate's Court at 2 p.m., police said. Swedish authorities had issued the warrant for Assange so they can talk to him about sex-crime allegations unrelated to WikiLeaks' recent disclosure of secret U.S. documents.

At court, Assange will be able to respond to the arrest warrant, and the court will then have roughly 21 days to decide whether to extradite him, said Mark Ellis, executive director of the International Bar Association.

Even though the Swedish warrant is a European arrest warrant designed for easy transfer of suspects among European states, Assange may still choose to fight it - something his London lawyer has promised to do, according to the Press Association.

If the court does decide to allow his extradition, Assange will be allowed to appeal that decision, too, elongating the legal process, Ellis said.