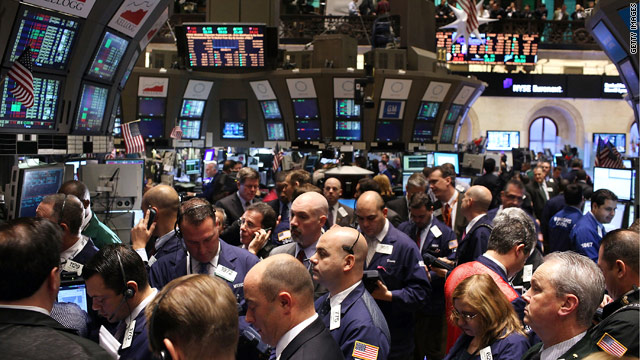 Stocks drifted higher Wednesday as a rebound in bank shares offset weakness in commodities and concerns about rising interest rates in the Treasury market.

Bank of America and JPMorgan led gainers in the Dow, while McDonald's and Boeing dragged on the blue-chip index. Technology shares Intel and IBM also were strong.

Shares of Chevron and Alcoa were under pressure as prices for oil and precious metals fell. The weakness in commodities came as the dollar firmed against the euro, making assets priced in the U.S. currency less attractive to some investors.

Treasury prices continued to slide Wednesday, pushing the yield on the benchmark 10-year note to its highest level in six months.

"The tax plan is boosting expectations about economic growth, so the market is reacting to the fact that we are having a pro-growth tax policy layered on the economy at a time when economic data has already been better than in the past," said Jonathan Lewis, principal of Samson Capital Advisors.

"With no economic data to speak of today, it really just appears to be a follow through from yesterday's selling pressure," he added.

The 10-year yield jumped to 3.25% from 3.13% Tuesday, after climbing as high as 3.33% earlier in the session. That was up 36 basis points from Monday, the biggest two-day gain since September 2008, when yields seesawed following the bankruptcy of Lehman Brothers Holdings Inc.

A weaker dollar has been propelling commodity prices higher over the past couple of months. But the rally has cooled its heels.

Commodities got a nice boost earlier this week after President Obama announced a compromise with Republicans to extend the Bush-era tax cuts for two years. But that momentum also fizzled.

"Tax cuts initially gave confidence into economic recovery.... It was like another shot of stimulus initially," PFG Best senior market analyst Phil Flynn said. "Whether you're pro tax cuts or against it - the good thing that the tax cut deal does is give certainty."

Oil prices slipped 41 cents to settle at $88.28 a barrel Wednesday. Prices have eased from the previous session, when oil topped the $90 per barrel mark for the first time since October 2008. Crude has been on a steady rise since November 23, gaining more than 10% during the two-week period.