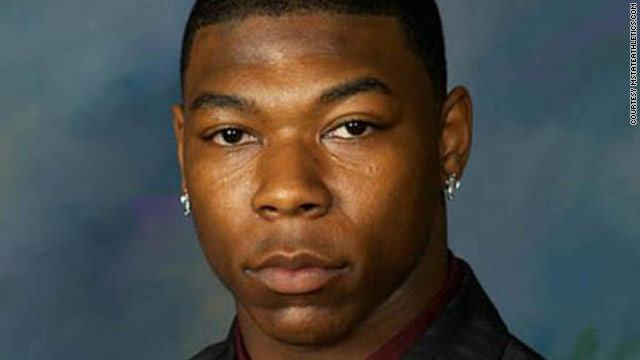 The one-time undrafted free agent defensive back for the Jets could have had the opportunity of a lifetime: playing in the NFL and possibly the Super Bowl if, as some people predict, the New York team makes it that far.

Because the team has been dealing with injuries, the Jets looked to Fitzhugh (above) to help fill the spot. But the Mississippi State grad said no, because he has a steady job as a rail conductor and couldn't risk what would happen if he was with the Jets for only a few weeks since he supports his parents.

"I told them I'm very thankful for the opportunity," Fitzhugh told the New Jersey Star-Ledger. "But right now, being that it would be for just a couple weeks, I feel that I'd rather stay with a secure company and job, somewhere I know I could have long-term employment."

Family members confirmed that a recently released Taliban video includes images of the U.S. soldier captured 18 months ago in Afghanistan.

Lt. Col. Timothy Marsano, a spokesman for the Bergdahl family, said no one is certain when the images were taken.

Bergdahl was 23 when he disappeared from his combat outpost in southeastern Afghanistan's Paktika province. He is from Blaine County, Idaho, just outside Hailey.

The 49-year-old Queens woman says she was humiliated and beaten by two New York cops in a dispute over dog droppings - and has the photos to prove the abuse, according to the New York Daily News.

Court papers indicate that police accused Stanczyk of causing a ruckus by yelling at the officers to leave her alone. They also said she locked her hands in front of her to avoid arrest.

The Polish immigrant filed a complaint with the Civilian Complaint Review Board and plans to sue.