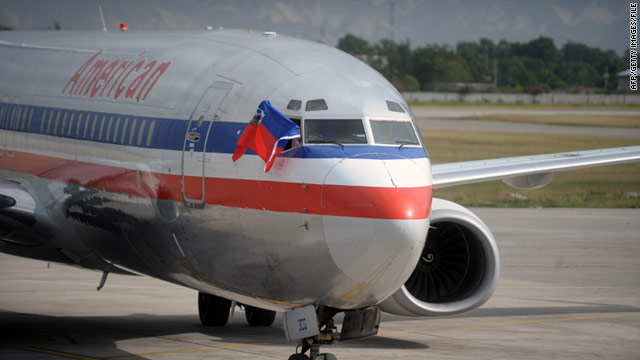 American Airlines cancels service to and from Haiti during protests

American Airlines has canceled service to and from Haiti for a second day because of political unrest there.

The airline announced Wednesday that it was canceling all six of its flights from the United States to Port-au-Prince because of post-election violence. It extended the moratorium Thursday.

"We will evaluate future operations, including tomorrow, later in the day (Thursday)," AA spokesman Tim Smith said in an e-mail.

Mirlande Manigat, a former first lady of Haiti, won the election held more than a week ago with 31.37% of the vote, the Provisional Electoral Council announced late Tuesday.

Jude Celestin, the candidate backed by President Rene Preval, came in second with 22.48%, while popular musician Michel Martelly was just behind Celestin with 21.84%.