Water rescues are underway a day after torrential rain in parts of Louisiana and southeastern Texas led to dangerouātwitter.com/i/web/status/1ā¦i8

The White House is in the process of reviewing clemency applications and has signaled that President Biden will issātwitter.com/i/web/status/1ā¦i8 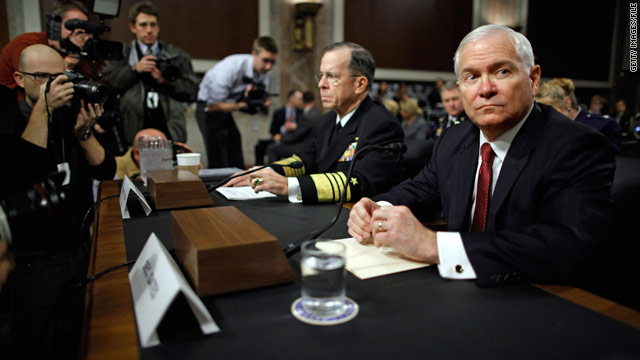 The Senate on Thursday rejected a Democratic bid to open debate on repealing the "don't ask, don't tell" policy banning openly gay and lesbian soldiers from military service, possibly killing any chance for it to get passed in the current congressional session.

Senate Majority Leader Harry Reid, D-Nevada, called the vote without an agreement from any Republican senators to support the motion, ensuring it would fail.

The vote was 57-40 in favor of the cloture motion that required 60 votes
to pass.

A 22-year-old man has been arrested in connection with the audacious heist in which around 100 of Europe's most priātwitter.com/i/web/status/1ā¦I4
cnni

12:31 pm ET May 18, 2021 RETWEET
A disaster has been declared in an Alaskan village after an ice jam caused severe flooding and forced residents toātwitter.com/i/web/status/1ā¦Zj
CNNweather

12:03 pm ET May 18, 2021 RETWEET
By the end of 2024, every model Lamborghini offers will be a plug-in hybrid, announced CEO Stephan Winkelmann. Buātwitter.com/i/web/status/1ā¦S8
cnni